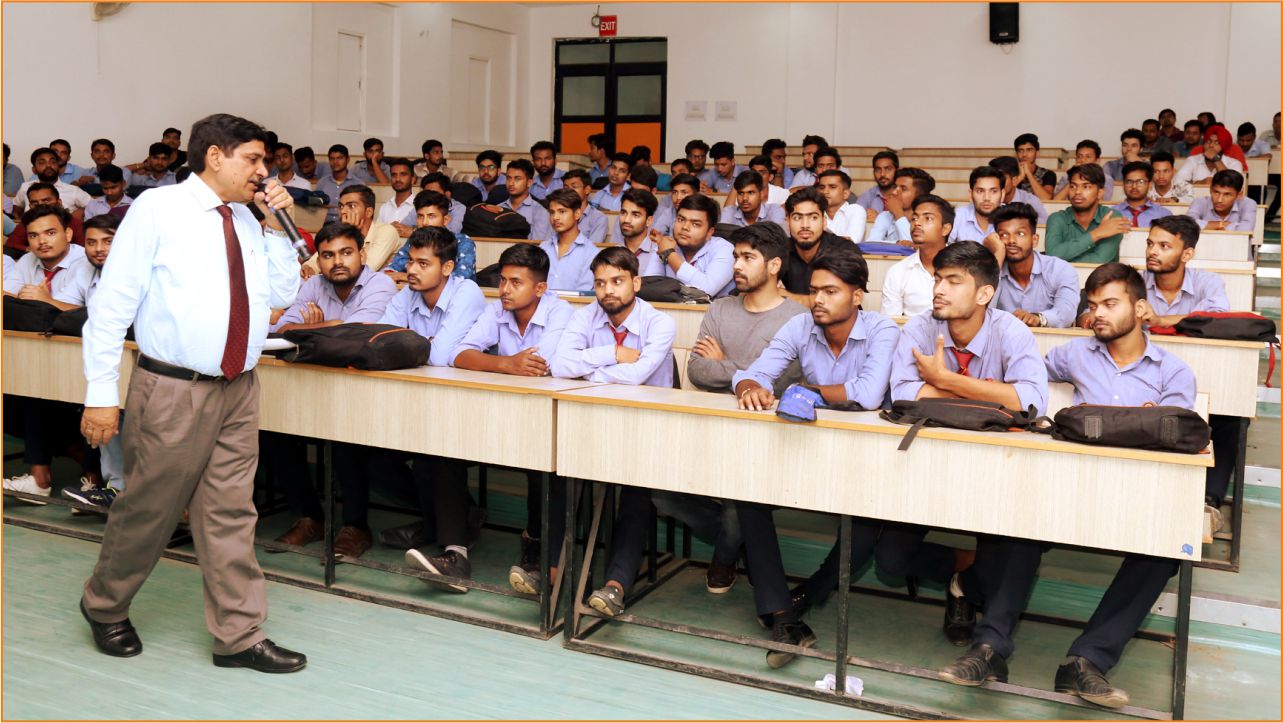 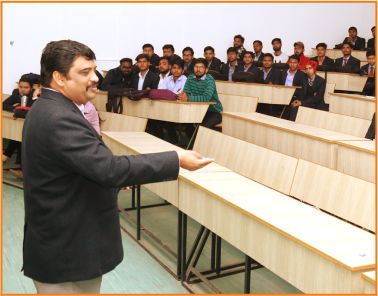 The guest speaker for the lecture was Mr. N. Jha from the Petroleum Conservation Research Association, New Delhi. The entire batch of 3rd year was present for the lecture. The topic turned more interesting when Mr. Jha explained about the depleting scenarios of petroleum at per second which amazed the students at the same made them understand the critical stance the globe is at. He stated how depleting resources could be the next thing the world war be based upon hence saving these limited resources is a must because them extinguishing from the planet is inevitable but the speed its being used is a major concern.

Enlightening the youth about how carpooling, public means of transport can reducing the pace by a bit to which we should all contribute. He further added energy resources are keeping the industries going hence ensuring their conservation is very important. A certain shift that we have been noticing towards developing green energy resources has somewhere benefitted to the conservation cause of energy resources. Countries like America, UAE, India, China, Russia are researching on finding alternative energy resources to replace these limited resources. Also, the green energy sector is widely developing creating opportunities for youth to jump in this sector. In the coming years, major recruitment will be observed in this industry.

Appreciating the effort of the college, University Polytechnic & TMU for contributing towards saving electrical energy by installing solar rooftop panels and creating awareness amongst the students is great an effort on the managements part.

Principal Dr. Amit Sharma humbled by the appreciation shared few quick facts of TMU campus and its initiative and dream to become a green campus someday while providing all the elite class facilities to the students as possible on academic, sports and personality levels.