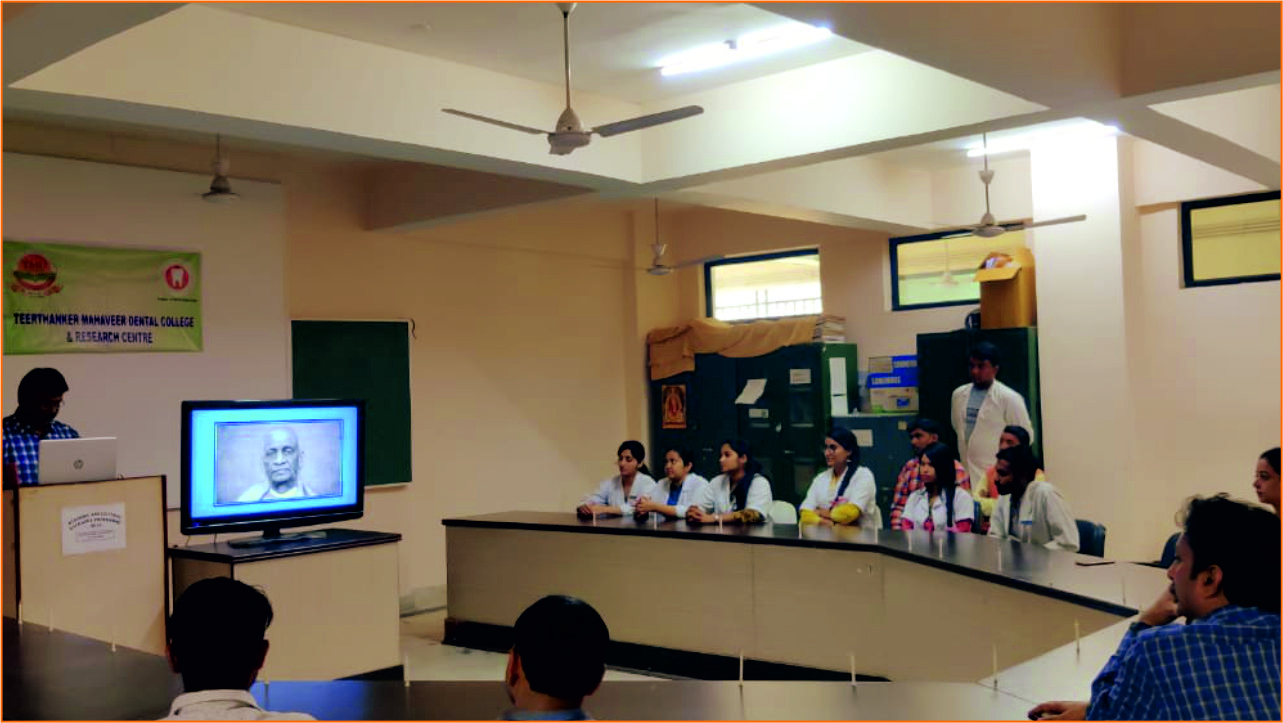 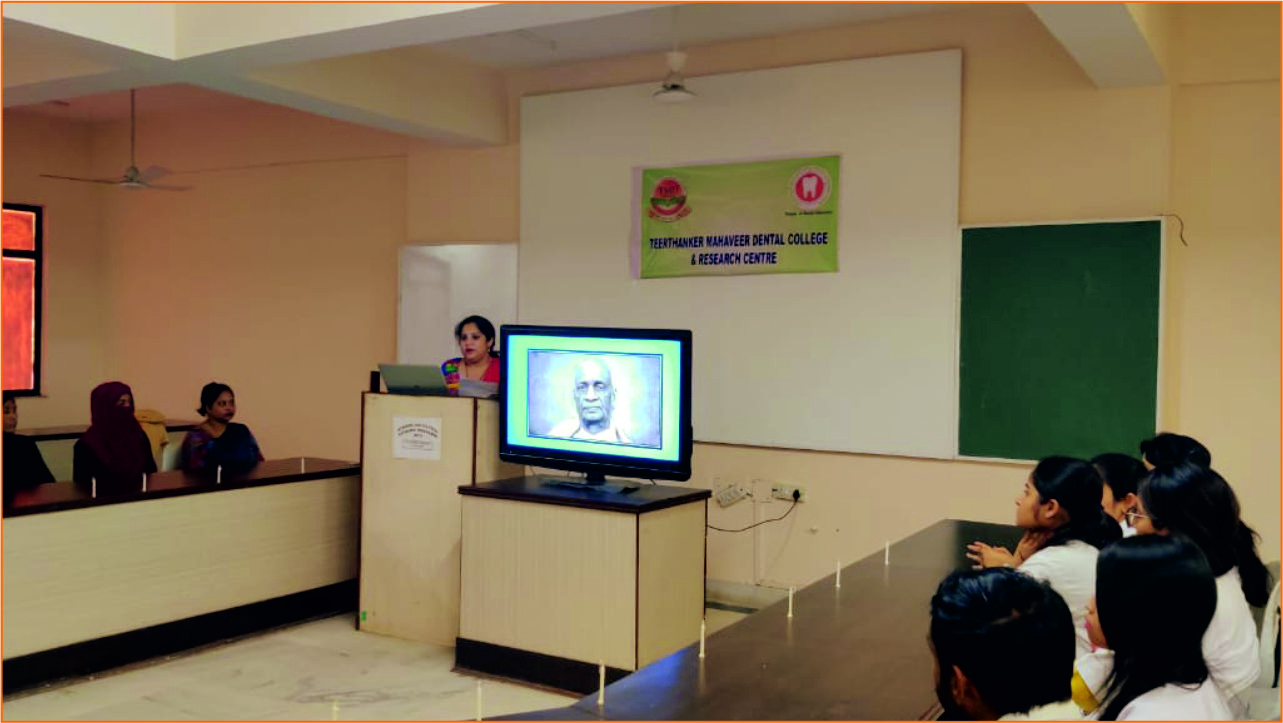 National Unity Day or Rashtriya Ekta Diwas is observed every year on October 31, on the birth anniversary of Sardar Vallabhbhai Patel, also known as the 'Iron Man of India.'

Dr. Manish Goyal, Principal, TMDCRC, was invited to the department's event as the chief guest. Dr. M K Sunil, Professor and Head of the Department of Oral Medicine and Radiology delivered a speech on Sardar Vallabhbhai Patel and his contributions for the nation.

A presentation was delivered by the student Dr. Anudeep Raina, along with a small program was followed by it.

The National Unity Pledge was taken by one, and all gathered. The pledge of unity symbolizes that our spirit of oneness despite our differences in various ways. The day spreads the message of unity and harmony.