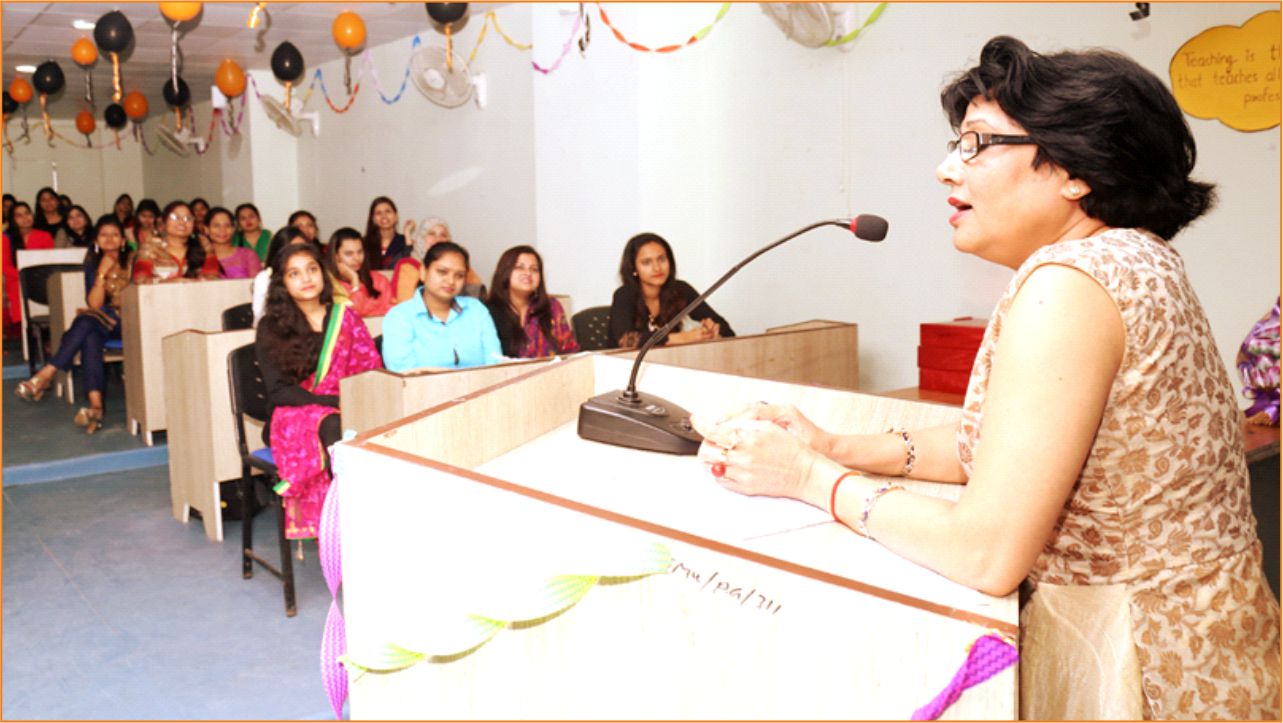 By Faculty of Education

All the delegates present shared their valuable thoughts on Women empowerment. Kavita Vyast, Secretary of Swadehi Jagran Manch, told that a girl child is the symbol of Goddess Lakshmi, Saraswati and Durga, who represent power, knowledge and wealth. Kalpana Jain Churnamani, a member of NGO Sahas, shared what kind of situation her mother had faced when her father was fighting at the border. Her father was an honorable shahid of 1971 and how her mother has been nothing less than a warrior even after his demise. Hence a women's power can never be undermined.

Shalini Ma'am, another member of NGO Sahas, who's a social worker, shared how positivity comes back in multiple folds. Also a woman should help out other woman only then the woman community can grow out of the mediocrity of the society. Dr. Seema Awasthi, President of University Women Cell, slated her take on empowering woman by becoming financially independent and in the way help the other to build themselves. Further the significance of the day was given by a student by highlighting the contribution of women in various fields. Lastly a skit depicting the power of women was shown concluding the program with a befitting end.