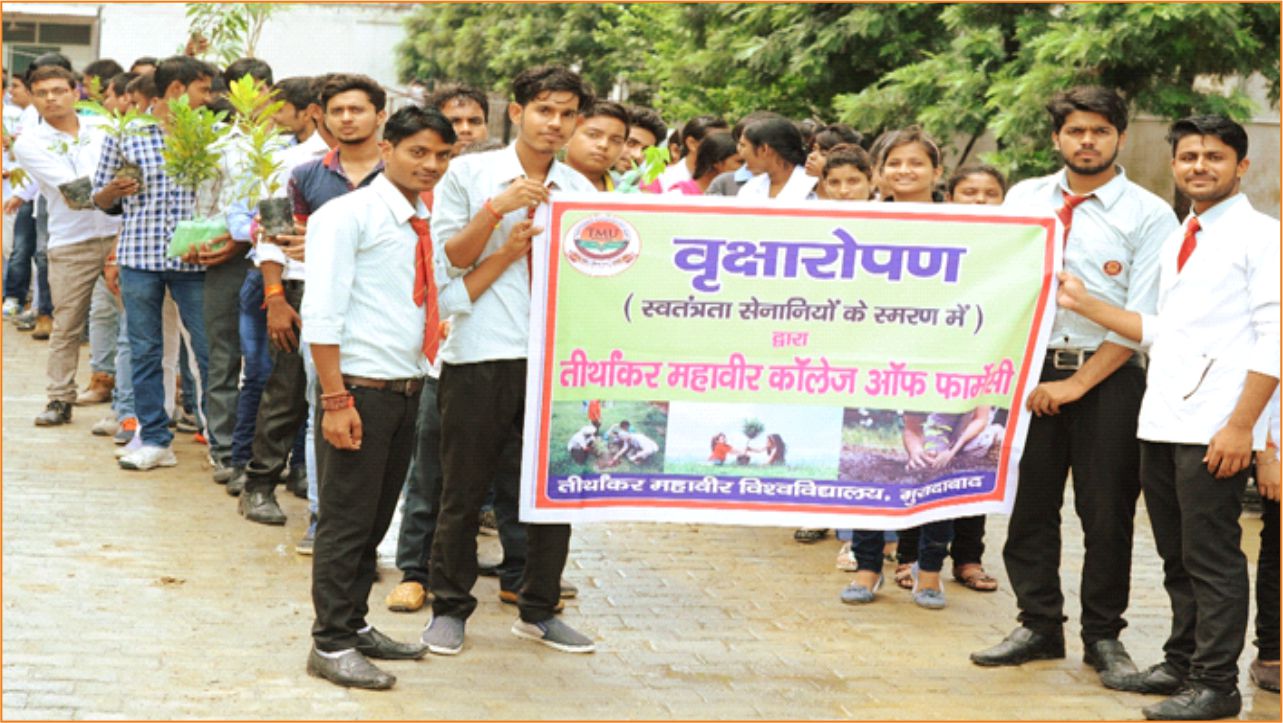 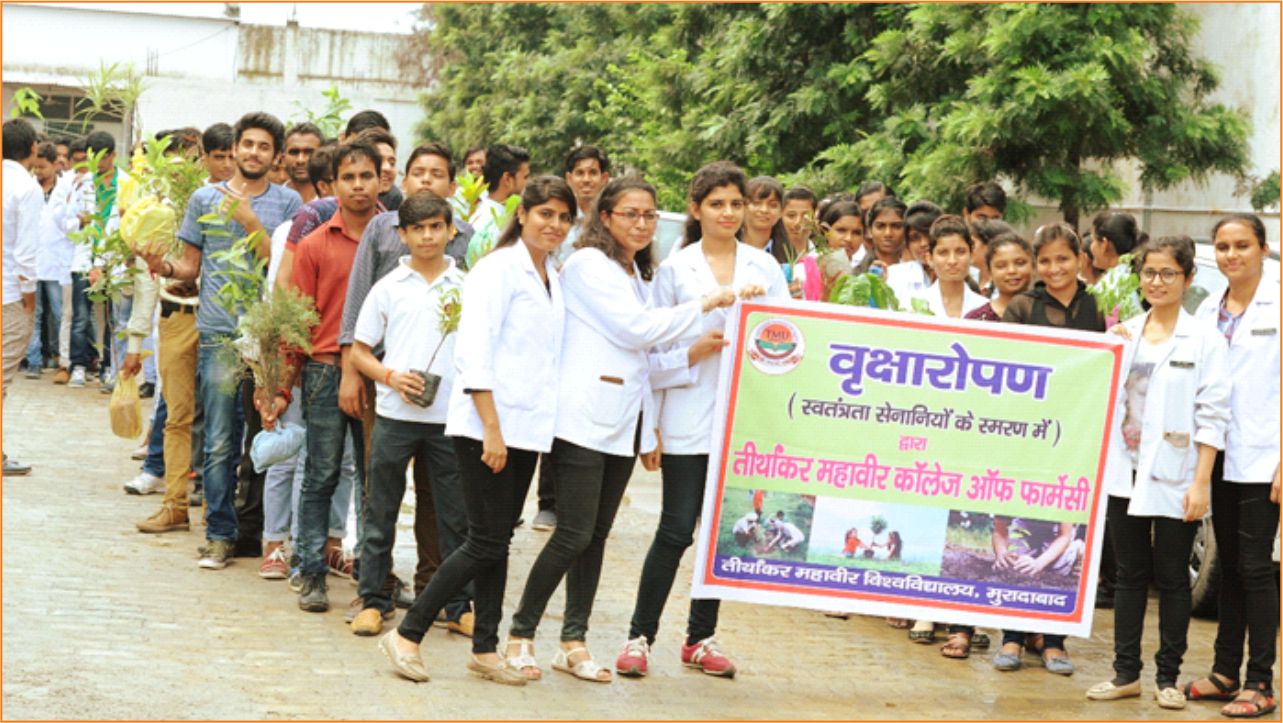 Trees being an important part of our ecosystem and with them being regularly cut down, a tree plantation program was organized in the memory of the martyred freedom fighters by Teerthanker Mahaveer College of Pharmacy (TMCOP), TMU, Moradabad on 31 August 2016.

The location for the tree plantation was inside the campus premises where the students planted more than 60 saplings in the designated area. The students were joined by several faculty members in planting the saplings.

Many saplings of various trees like gulmohar, mango, neem, babul, teak etc. where planted by the students along with the faculties.

The theme for the tree plantation program had a deep thought which was later shared with the students by the chief guest, Principal stating,Just like the trees even the memory and legacy of these freedom fighters will last for a very long-long time in our hearts and minds!