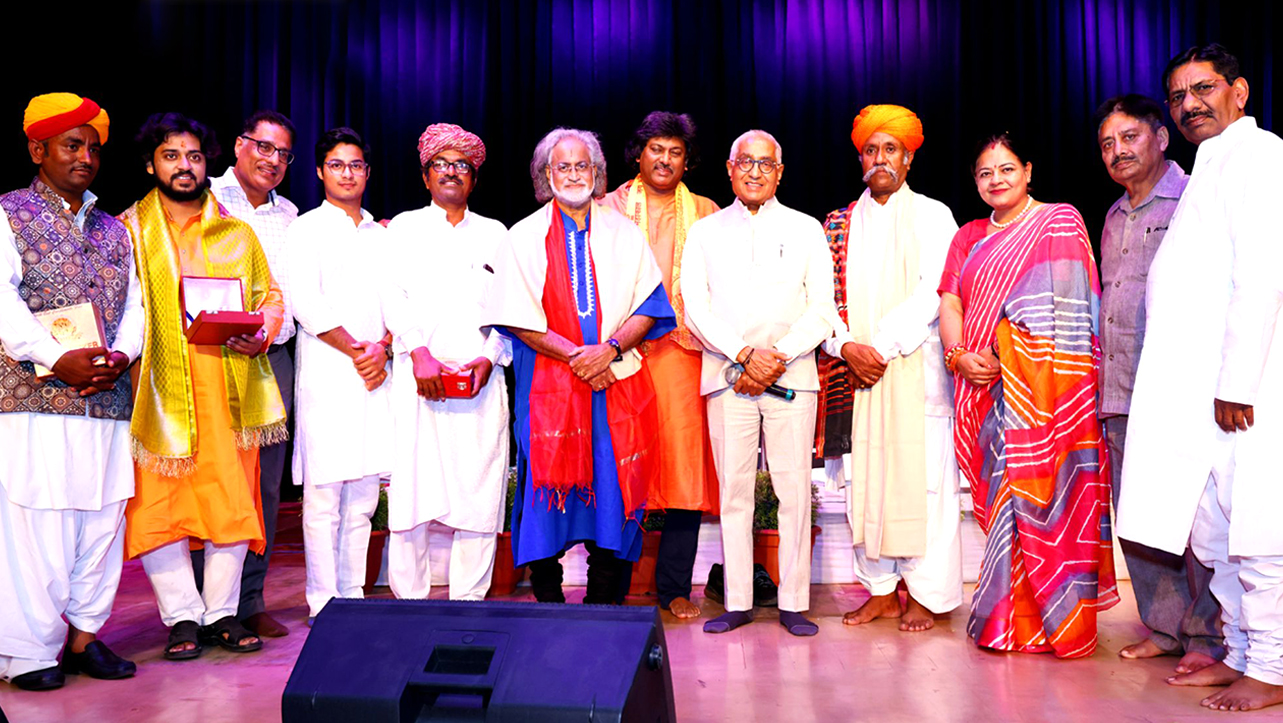 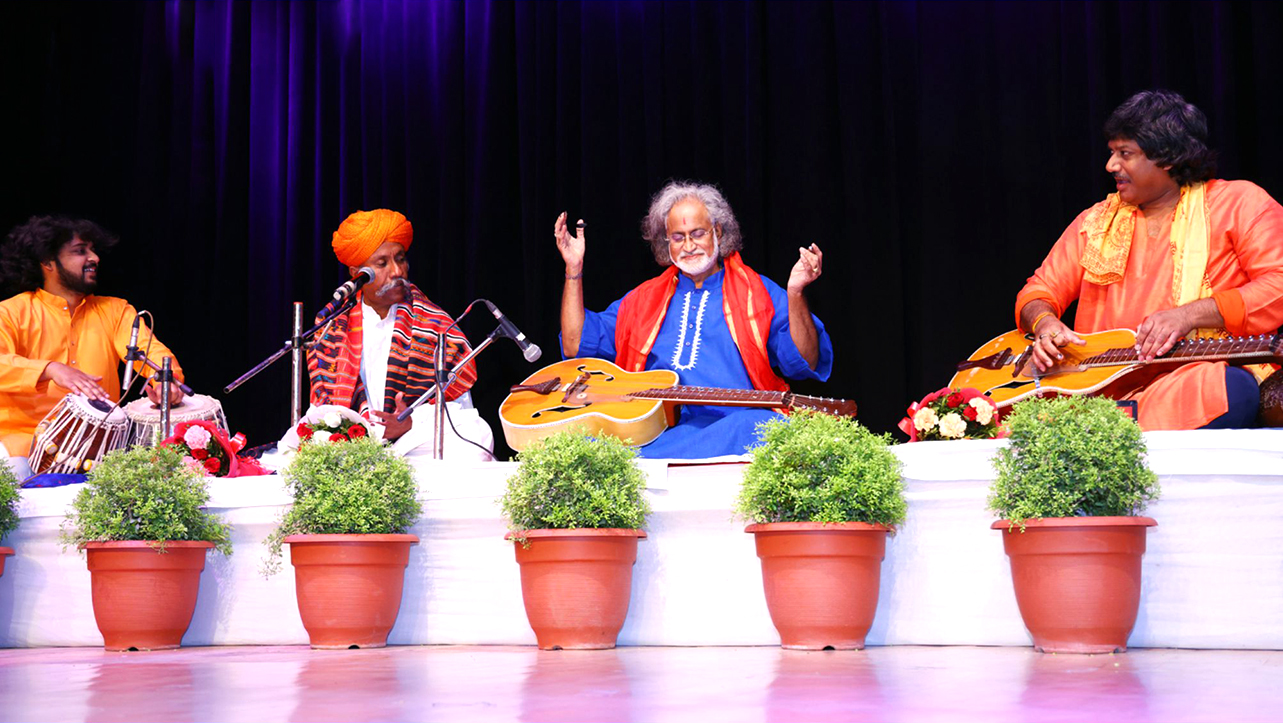 On the occasion of the 21st foundation day of Teerthanker Mahaveer University, Moradabad along with Azadi ka Amrit Mahotsav, the university organised a 3-day Cultural Fest - Parampara on 13th, 14th, and 15th July. The event was organised in association with Breathing Arts. The special chief guest at the event was Smt. Meenakshi Lekhi, Minister of State for External Affairs and Culture, Government of India.

On the first day, Pt. Vishwa Mohan Bhatt (Padma Bhushan, Padma Shri & Grammy award winner) and Rajasthani Sufi singer Ustad Anwar Khan Manganiyar (Padma Shri award winner). It was a pleasure for the listeners to imbibe the rich soothing music of Vishwa Mohan Bhatt along with the energetic and blustery melody of his son, Salil Bhatt. This was followed by performances in various ragas. The audience was completely delighted with the melodious song - Kesariya Balam Padharo Mhare Desh…performed by Ustad Anwar Khan Ji.

On the second day, the group of famous qawwals- Ustad Chand Nizami, Shadab Faridi and Sohrab Faridi Nizami popularly known as the Nizami Bandhu made everyone fascinated by reciting the famous qawwali Kun Faya Kun..., the famous song from the film Rockstar. Chand Nizami’s nephew Shadab, Sohrab’s sons Kamran and Gulkhan and ten co-stars started the program by remembering Allah. Meanwhile, Kabir Das's famous bhajan Mann Laga Mora Fakiri Mein... was narrated in a new way, listening to which everyone was immersed in the winds of devotion.

Smt. Meenakshi Lekhi said that it is very important for the younger generation to have an understanding of Indian history. The development of the country needs confidence and confidence comes from understanding history. She focused on Ideas, Resolve, Actions and Goals. MLC Dr. Jaipal Singh Vyast recalled the role of Chancellor Shri Suresh Jain, GVC Shri Manish Jain and Executive Director Shri Akshat Jain in the development of TMU. Giving the credit for the cultural fest to Shri Akshat Jain, he said, "It is the commitment of the Chancellor to give back to the society what he has gained”.

On the third and final day, Padma Vibhushan awardee Dr. Sonal Mansingh, an internationally renowned Indian classical dancer and Member of Parliament (Rajya Sabha) presented her beautiful Natya Katha- “Katha Siya Ram Ki”. The song Awadh me Janme Ram Salona…depicted the beauty of the child form of Shri Ram. She has travelled to 90 countries to spread awareness about the rich culture of India. She said that culture is our own reflection thus this reflection should be preserved with purity and pride.

Music is known to be the universal language of humanity that binds people together. It has the power to bring positivity and happiness to the lives of people. Everyone loves music because it carries the ability to transform the mood and bring a sense of relief to one’s life. The Teerthanker Mahaveer University is the bearer of art and culture and tries to inculcate the rich heritage and involve the students in its cultural activities. Explore all the live concerts at TMU’s Youtube channel- https://www.youtube.com/c/TeerthankerMahaveerUniversity.