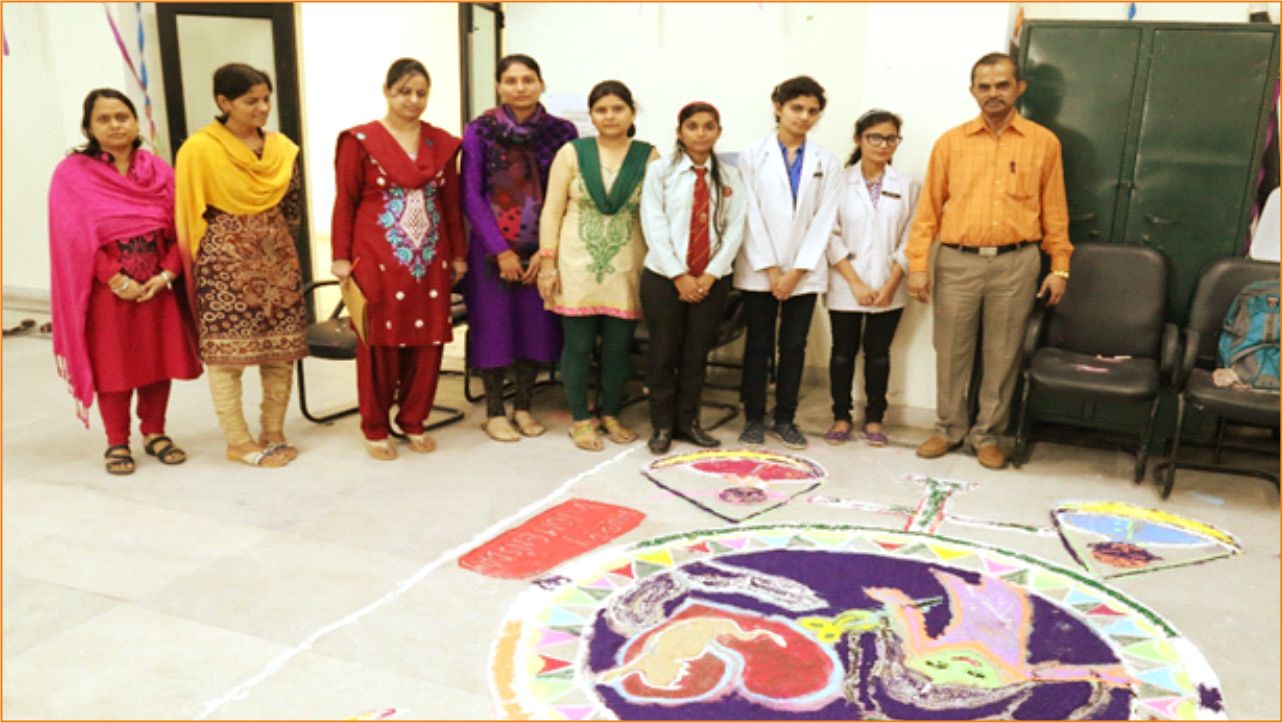 Women and men belonging to the same species must enjoy equal opportunities, choices, capabilities, power and knowledge as equal citizens. Equipping girls and boys, women and men with the knowledge, values, attitudes and skills to tackle gender disparities is a precondition essential to build a sustainable future for all.

Hence, in order to create an awareness regarding gender equality amongst students and society, Teerthanker Mahaveer College of Pharmacy (TMCOP) organized a Rangoli competition on the theme of "Gender Equality". The students drew beautiful rangolis displaying their opinion of how a quality world can be brought by gender equality. Few chose slogans also to incorporate in their rangolis while some depicted their thoughts through their artistic skills.

The floors looked colorful with the rangolis on them making difficult for the judges to choose few out of them. Taking into consideration the parameters for the judging the judges made their decisive decisions. Many students in teams were able to actively be a part of the competition.