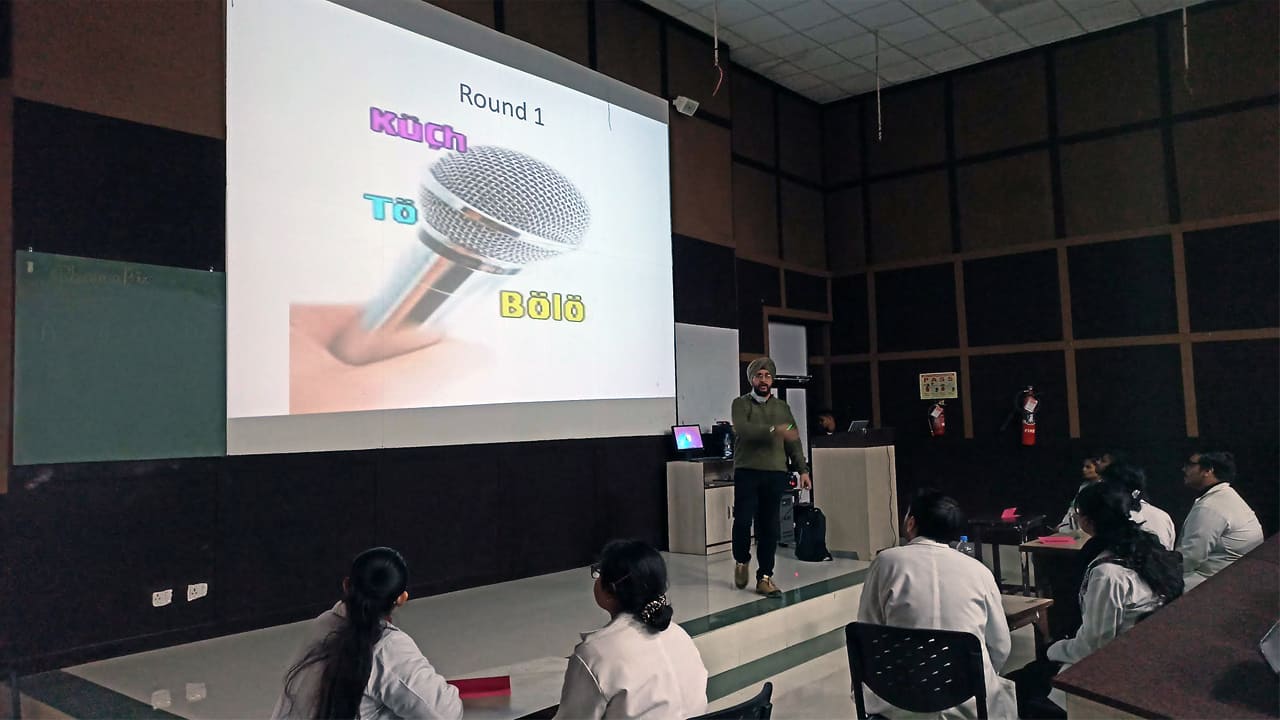 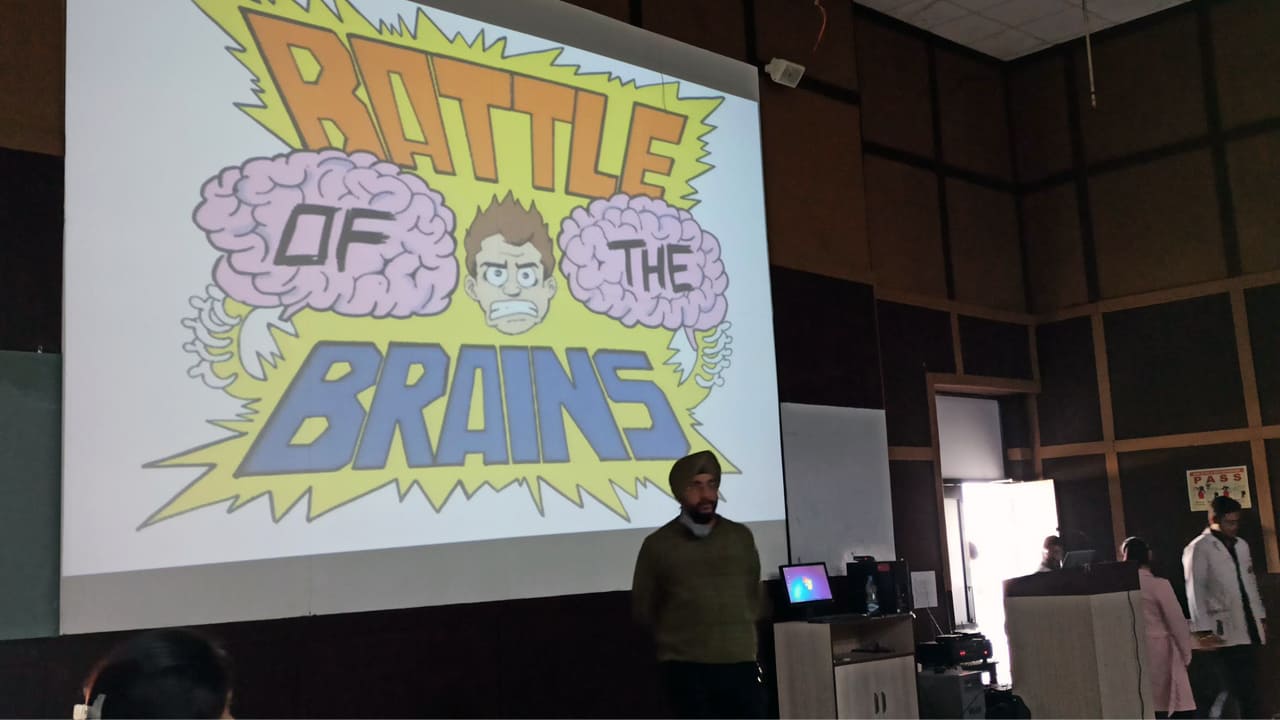 Pharmabiz - 2021 (Quiz on Pharmacology) was conducted by the Department of Pharmacology under the aegis of the Indian Society of Rational Pharmacotherapeutics (ISRPT) for MBBS Students of Batch 2019. The preliminary round of the quiz was held on 9th December 2021. Four sets of MCQ questions (50 MCQs in each set) were given to MBBS students of Batch 2019 for qualification in final round of the quiz. Two participants who scored the highest marks in each set were selected to participate in the final round of the quiz. A total of 8 students were selected for the final round and were randomly divided into four groups.

The final round of the quiz was held on 16th December 2021 in the New LT of Teerthanker Mahaveer Medical College & Research Centre and participants were further randomly divided into four teams: Team Adrenaline of Kevin Edwin Sam and Taniya Rasul; Team Bradykinin of Riya and Shivam Sirohi; Team Calcitonin of Aliza Yashfeen and Priyankit Mishra; and Team Dopamine of Akanksha Sinha and Uditi Jain. The Quiz consisted of five rounds where after the first two rounds the team with the lowest score were eliminated. The top three teams participated in the next two rounds after which the team with the lowest scoring was eliminated leaving two teams. These two teams then took final round to decide the winner.

The first round (Kuch to Bolo) consisted of MCQ with five options out of which one was correct, each team was given three questions with 10 points for each correct response and there was no pass and no negative marking round. The second round (Pehchan Kaun) consisted of three clues (statements) and students had to guess the name of the drug. If the team answered in the first clue they got 20 points, in the second clue they got 15 points and in the third clue they got 10 points. For each wrong attempt, 10 points were deducted. If the other team answered it they got 10 points and wrong attempt 10 points were deducted. After the first two rounds, Team Bradykinin had the lowest score and was eliminated.

The final round (Total Dhamaal) was between Team Adrenaline & Calcitonin – This was the rapid-fire round. Each team had to answer a total of 20 questions/ maximum numbers of questions in 2 minutes, 10 points were given for each correct response. The questions were either one word or true/false statements. At the end of the fifth round - Team Calcitonin consisting of Aliza Yashfeen and Priyankit Mishra were runners-up and the event was won by Team Adrenaline of Kevin Edwin Sam and Taniya Rasul. All the participants, as well as the audience, were given awards.