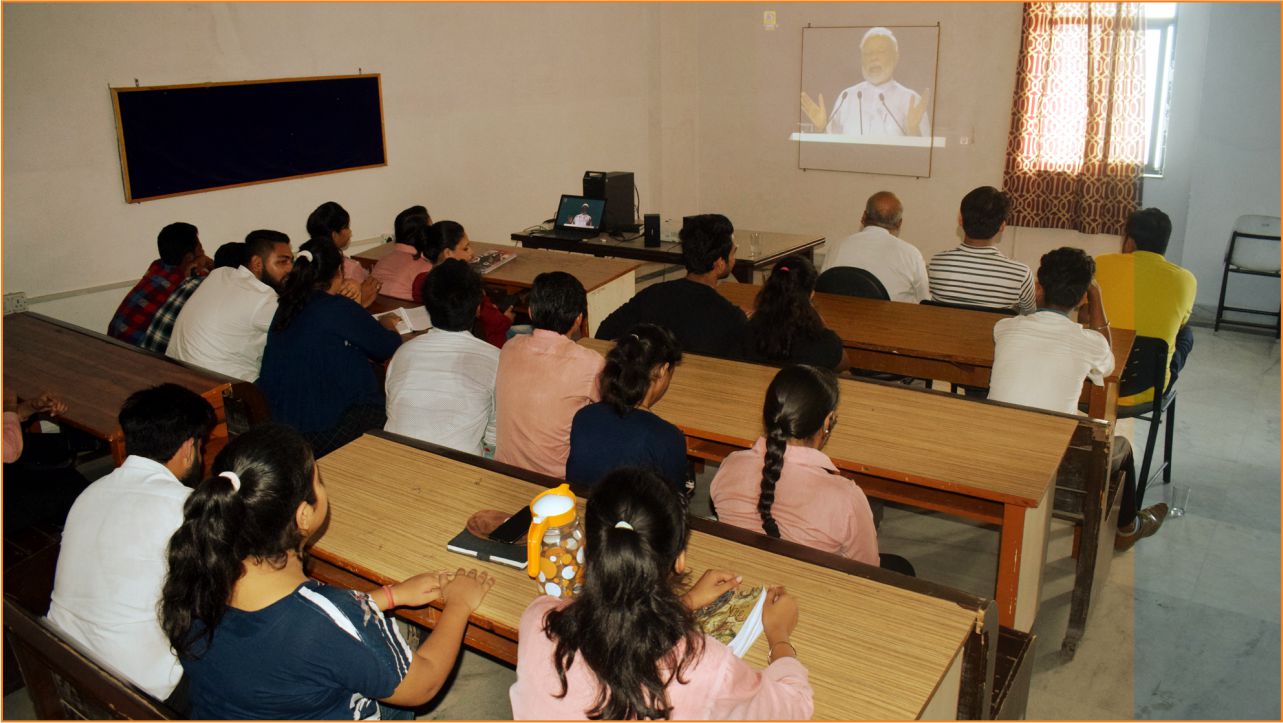 This address was conducted through live streaming across India and was at the lecture theatre of the college and was attended by all the students, teaching & non-teaching staff members of CCSIT. Late Major Dhayan Chand was said to be the magician of hockey game, and owing to their fitness to play sports P.M. Modi urged all the citizens to be physically fit stating a healthy mind resides only in a healthy body.

Elaborating further Shree Narendra Modi stated how he himself exercises and yoga to be active and energetic throughout the day. Later to his talk, a cultural program was also presented live to further motivate the countrymen to be fit through opting any form of art as an activity. A series of Indian cultural dances, sports and art forms were showcased live emphasizing how different forms for fitness regime. As fitness isn't something that can only be attained after sweating hours in gym. One can use yoga, dance forms, sports of their choice to keep themselves healthy and fit.

On the conclusion of the programme Prof. RK Dwivedi also motivated the students and teachers to be fit and expressed his eagerness to support the Fit India Movement. He stated that even though academics is important but so is physical fitness and CCSIT can only be the best college of India if we score on both platforms i.e Academics and sports. Though until now CCSIT students have benched their records well on both the platforms ranking the college amongst the top 20 colleges of UP and Delhi NCR.