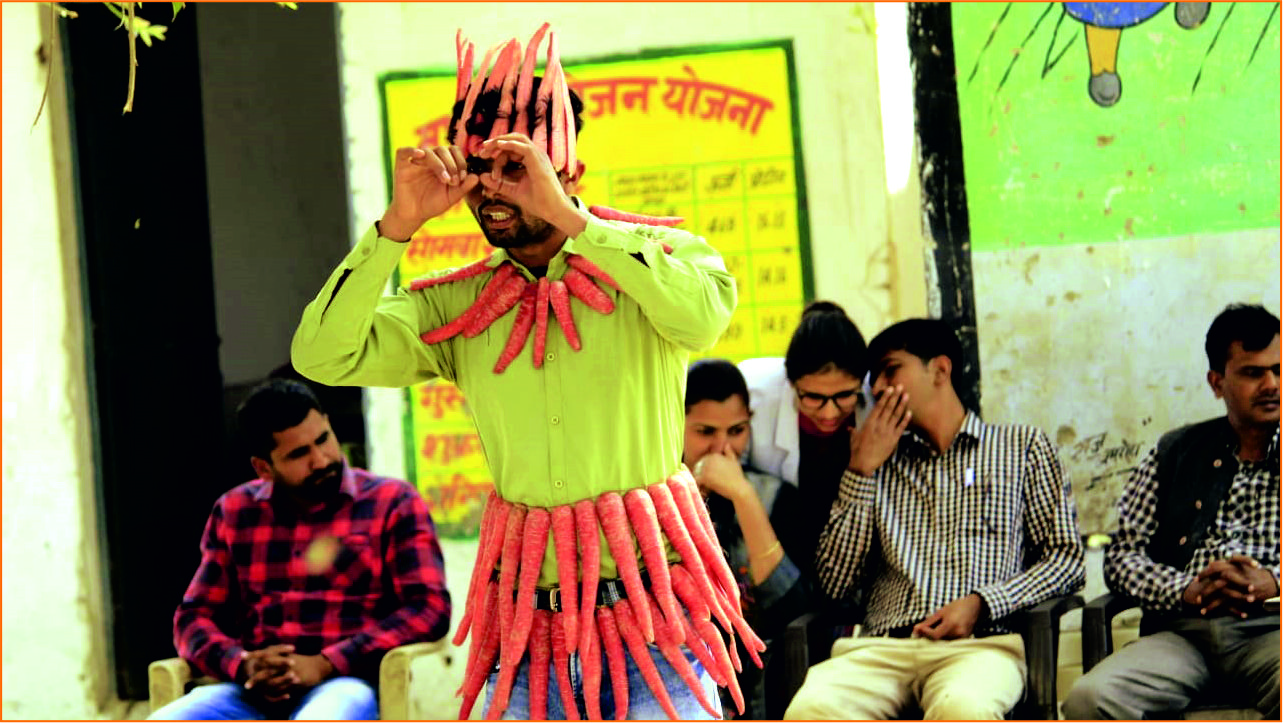 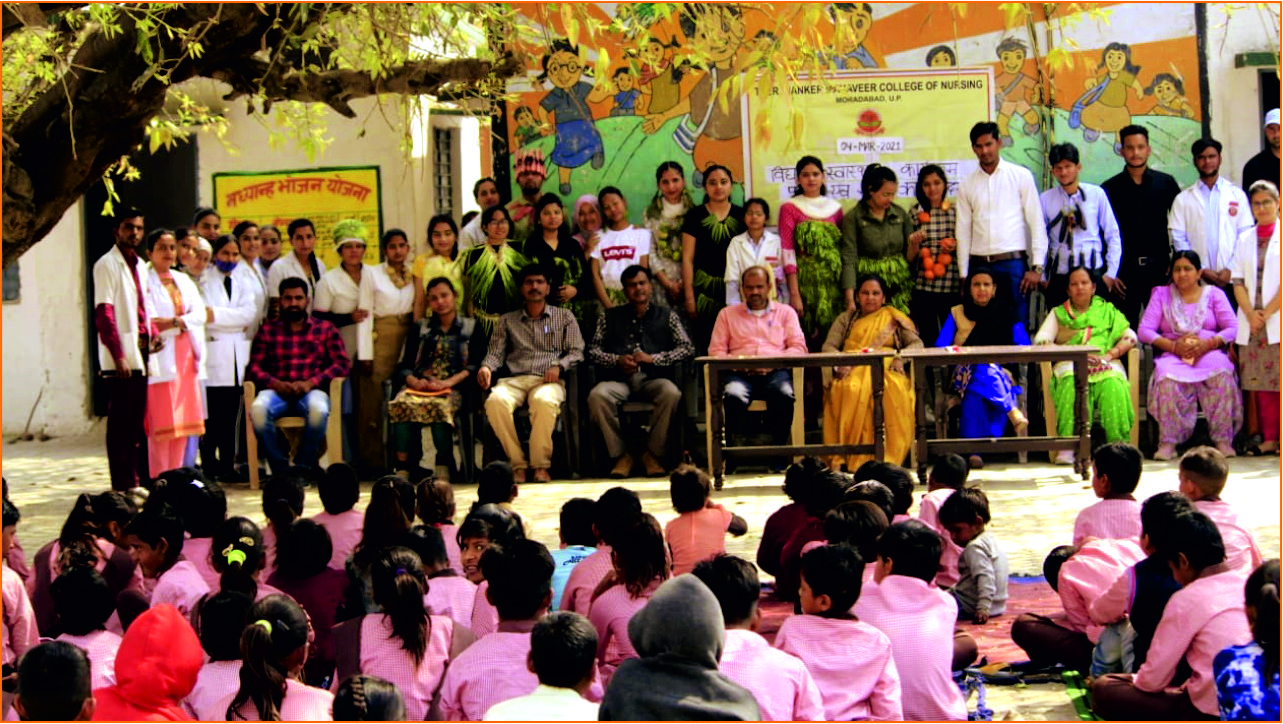 By College of Nursing

B.Sc. Nursing 4th-year students of Teerthanker Mahaveer University's College of Nursing carried out a regime to improve school health. To educate children about the benefits of fruits and veggies, the nursing students put together a 'Vegetable and Fruit Show.'
The program was performed at a Government Primary school, Ramhut Joya, for first to fifth-standard students. The Government School principal, Mrs. Prabha Saini, graced the program with her presence.
The program aimed to educate the children on the variety of available vegetables and fruits and promote health benefits if we consume regularly.
Ms. Manreeth Kaur gave a welcoming address speech on behalf of BSc Nursing 4th year students of Teerthanker Mahaveer University Moradabad. The nursing field plays a significant role in the healthcare sector. Hence, TMU's Nursing college ensures empathic grooming for its students. It exposes them to multiple activities to let them connect to different audiences to enrich them experience-wise. All these factors have contributed to ranking Teerthanker Mahaveer College of Nursing in the top.
Principal Mrs. Prabha Saini also spoke briefly about fruits and vegetables and their necessity for health promotion.
The BSc nursing students made interactive models, posters, and skits that easily relayed the fruits and vegetables' nutritive values to the young school students. Some students became vegetables while few became fruits, a guessing game for the children's entertainment was also played out by TMCON students.
The entire program was different in the way of giving health education. The students quickly enjoyed and reciprocated well with it. A small quiz added value to this event, ensuring that the students retained the correct information.
At the end of the program school principal appreciated the efforts of Teerthanker Mahaveer University & Teerthanker Mahaveer College of Nursing for such a great and thoughtful regime planned for the school students. She also appreciated on how meticulously the whole program panned out.
The students were given stationery items as a small memento for such enthusiastic response and participation. The whole program was guided and coordinated by Mr. Lingaraju AR, Associate professor, community health nursing department, TMCON.