Teerthanker Mahaveer University's 3-day Cultural Fest- 'Parampara' on the 75th anniversary of India's independence (Azadi ka Amrit Mahotsav) and the university's 21st foundation day featured a one-of-a-kind convergence of melody and rhythm. A musical stage adorned with the coordination of instruments and beats. The event was organised in association with Breathing Arts.

The fingers twirling on the tabla and the performance of legends gave the feeling of euphoria in the presence of our esteemed chief guest, Smt. Meenakshi Lekhi, Minister of State for External Affairs and Culture, Government of India. This event was organised at TMU Auditorium, Moradabad. 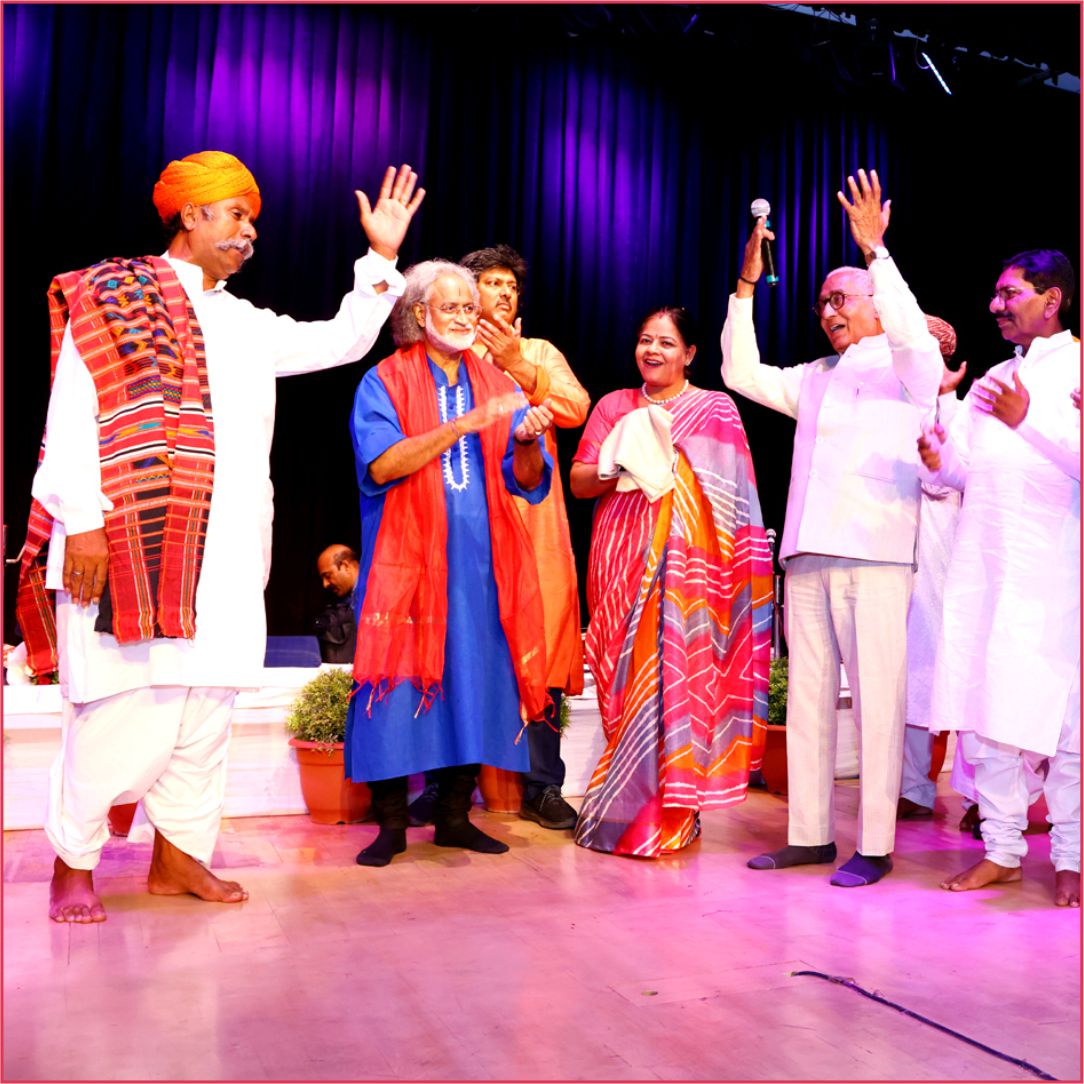 The first day started with the soulful performances of Pt. Vishwa Mohan Bhatt, Padma Bhushan and Grammy Award Winner. Pandit Ji holds a special significance among the musicians who have made the biggest contributions to Indian classical music. He composed Raga Madhuvanti and Raga Shivranjani with the melodious Raga Vishwaranjini and later on a sparkling duet with his son and Satvik Veena player Pt. Salil Bhatt. It was a treat for the listeners to imbibe the rich soothing music of Vishwa Mohan Bhatt alongside the energetic and blustery melody of Salil Bhatt. This was followed by performances in various ragas.

Another legend at the event was Rajasthani Sufi singer and Padma Shri awardee Ustad Anwar Khan Manganiyar, who presented the melodious song- Kesariya Balm Padharo Mhare Desh…. The audience was completely delighted. The playing of tabla by Abhishek Mishra, along with the notes coming out of Mohan Veena sounded incredible. The beauty of music was seen on the stage, embellished with Kutla Khan playing the beats and Kartals (cymbals) and dholak player Firoz Khan. 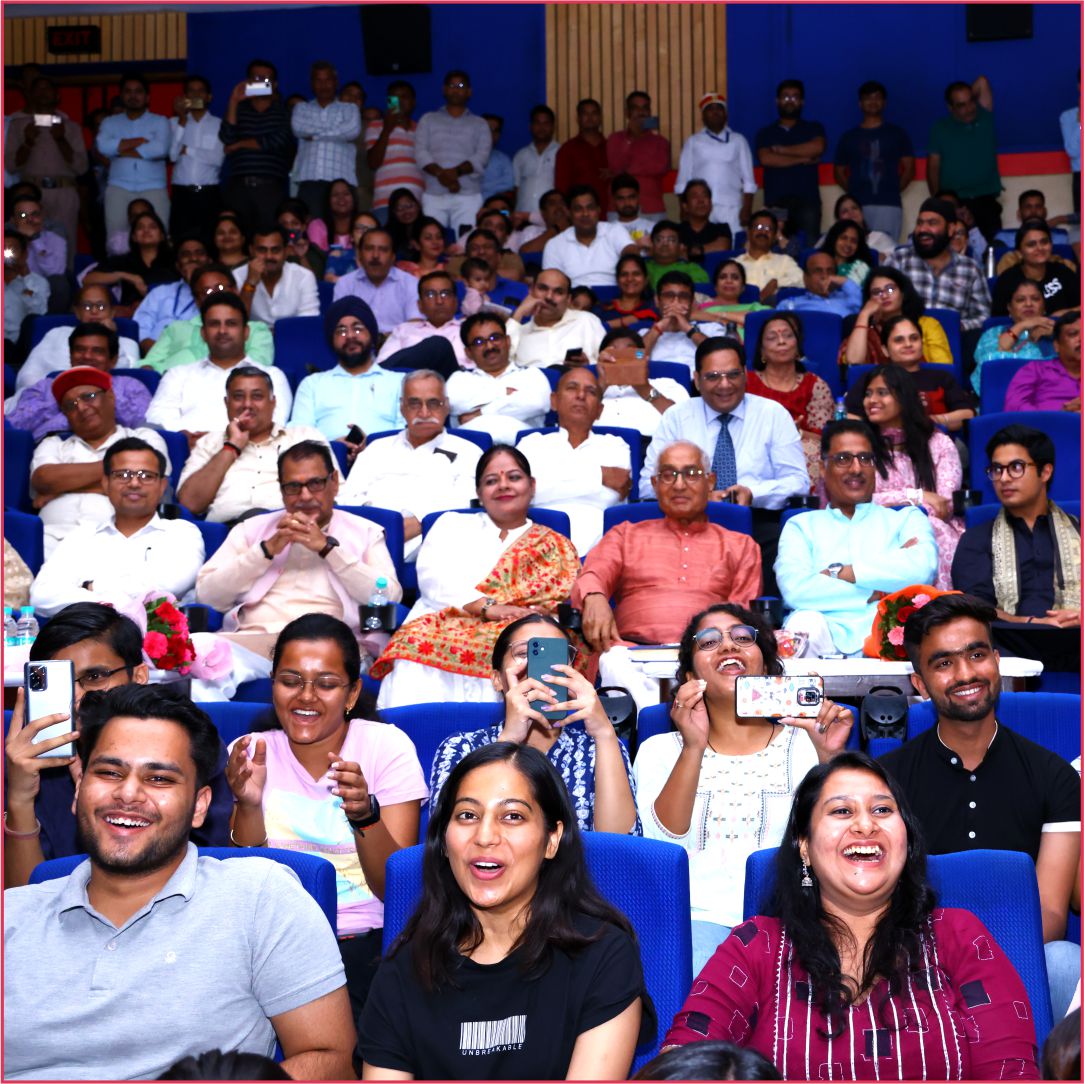 On the second day, the Nizami brothers struck a chord with the amalgamation of Sufi and classical music that compelled the guests and the host to mingle with the Qawwali. Ustad Chand Nizami, Shadab Faridi and Sohrab Faridi Nizami performed Qawwali written by the poet Amir Khusro in honour of Nizamuddin Auliya. Chand Nizami’s nephew Shadab, Sohrab's sons Kamran and Gulkhan and ten co-stars started the program by remembering Allah. They made everyone fascinated by reciting Chhap Tilak Sab Cheeni Re Moose Naina Milai Ke...They also worked to instil patriotism among the youth by reciting Dil Diya Hai Jaan Bhi Denge Ae Watan Tere Liye.

The special chief guest at the event was Smt. Meenakshi Lekhi, Minister of State for External Affairs & Culture also went for a tour of the university before the program started. She was very impressed with the faculty members and students. Smt. Lekhi remembered the patriotism of famous Indian women like Subhadra Kumari Chauhan, Lakshmibai, the Rani of Jhansi, Rani Abbakka Chowta, etc., and urged the women to come forward. It is a privilege to have her at Teerthanker Mahaveer University on the Azadi ka Amrit Mahotsav and the 21st anniversary of TMU. 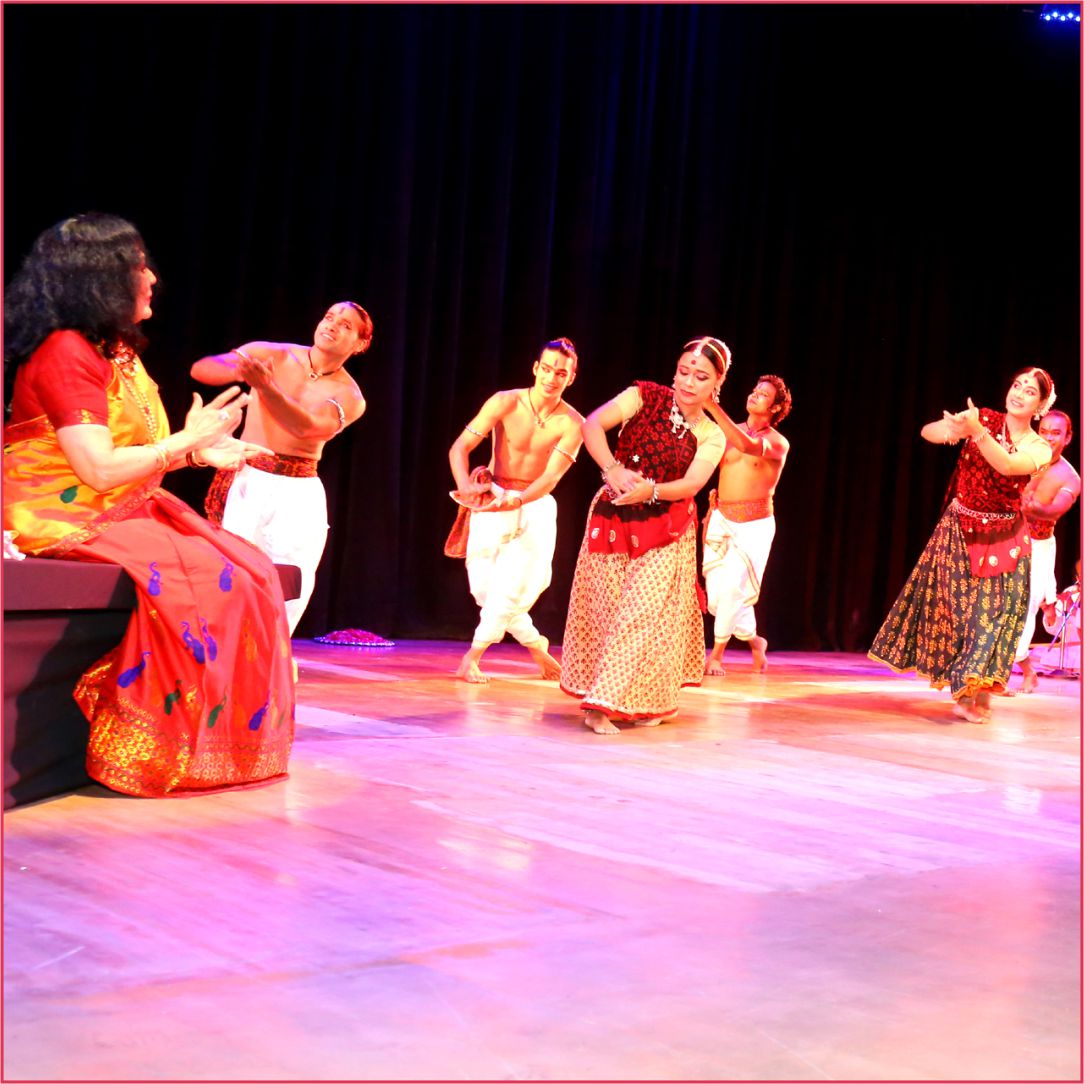 On the third and final day, Padma Vibhushan awardee Dr. Sonal Mansingh, an internationally renowned Indian classical dancer and Guru of Bharatanatyam and Odissi dancing style presented her beautiful Natya Katha. She has also been nominated by the President of India to become a Member of Parliament (Rajya Sabha). She has travelled to 90 countries (over 6 decades for social and cultural activities) including France, Indonesia, Japan, Australia, Sudan, Switzerland, Brazil, Mexico, South Africa, Algeria, Uganda and Kenya.

At TMU , she presented her Natya Katha "Katha Siya Ram Ki" and made the evening unforgettable. On the occasion of the birth of Rama, Lakshmana, Bharata and Shatrughna, everyone appeared drenched in the spirit of devotion and joy. The song Awadh me Janme Ram Salona….depicted the beauty of the child form of Shri Ram. She insists that youth should have knowledge of Indian culture and they should understand that culture is our own reflection thus this reflection should be preserved with purity and dignity. https://www.tmu.ac.in/news/tmu-organised-parampara-a-cultural-fest

Music has been called the most incredible human creation throughout history. It helps students expand their minds and boost their self-confidence. Teerthanker Mahaveer University provides the best theoretical and practical knowledge so that students can become good human beings. Since 2008, the University has been organizing three days cultural extravaganza. In the past, eminent performers like Shaan, Sunidhi Chauhan, Sukhwinder Singh, Mika Singh, Sonu Nigam, Band of Boys, Amaal Malik, Armaan Malik and many others have graced the university with their live performances. Explore all the live concerts at TMU’s YouTube channel- https://www.youtube.com/c/TeerthankerMahaveerUniversity

A blog (shortening of "weblog") is an online journal or informational website displaying information in the reverse chronological order, with the latest posts appearing first. It is a platform where a writer or even a group of writers share their views on an individual subject.